First of all I would like to apologize for my long hiatus. I just realized that it has been a while since I wrote a punchy post filled with good information.

There has been a buzz lately surrounding two genetic problems – Split Penis & Malocclusion (Misaligned Teeth). While the former has no explanation, I would like to take some time to write about what I think about the latter. Malocclusion is most common in dwarf breeds like the Netherland Dwarf and Holland Lop.

Although the video highlights the problems with pedigree dogs, I believe that it does apply to the rabbit hobby to a certain extent. Much has been said and written about selective breeding and the business of producing the perfect show rabbit. If you have the time please browse through the archives and my previous posts.

Why Malocclusion is common among the dwarf breeds?

I do not have a good picture of how Malocclusion looks like but here is the link to an example – http://furrybutts.wordpress.com/2008/10/05/bummer/

And here is a severe case – http://www.rabbit-vet.co.uk/wp-content/uploads/2010/07/rabbit_malocclusion.jpg

My take on this issue is that, we are indeed changing the skull structure of these breeds. We want them ROUND! Just like the bulldog, when we breed for roundness, we are bound to get undershot jaw (Denoting or having a lower jaw that projects beyond the upper jaw).

Just like how the wild dogs or wolves are domesticated and selectively bred, the natural and wild characteristics of the rabbits has been drastically changed. From a long or narrow muzzled hare to the round “bulldoggish” face of the Holland Lop, these are the obvious physical changes brought about by selective breeding. The breed standard is a visualized blueprint of the physical manifestation desired in certain animals. Just like a vision we place ahead of us and taking actions to achieve it.

Often times, this is a genetic issue and manifests itself very early in the rabbit’s life. It can be detected as early as 5 days. I always believe that if it occurs later in the rabbit’s life (after 2 years), it is most probably due to dietary problems. We all know that rabbit teeth grow constantly and the grinding motion through chewing helps in keeping the length of their teeth in check. Even narrow muzzled rabbits can develop malocclusion because they have not been chewing enough.

How often does this happen?

As much as we like to play God, we have no control over this matter except to avoid crossing two rabbits that has the history of such genetic problem.

What is the solution?

As a long term measure, some may opt for extraction of the affected teeth but if the situation is less severe, occasional filing can be done. Sometimes for mild cases, providing more chew toys or food that promotes chewing can be given to help the rabbit cope with the problem. 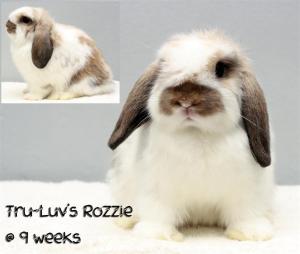 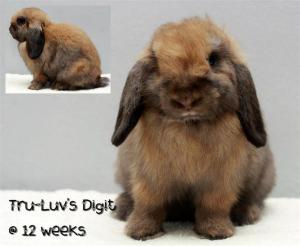