The case of Megacolon is on the rise as we speak because there has been an influx of homozygous spotted rabbits being produced in the market. And no, Megacolon is not the name of a Transformers robot. It is a digestive system disorder caused by genetic, the “En” gene to be exact.

In the Holland Lops, the English Spot (“En”) gene was introduced to produce the Broken pattern rabbits that we have today. When we breed two broken rabbits together, there are chances of us producing “charlies”. Charlies are mostly white with only a small amount of colored pattern and with an obvious Charlie Chaplin “mustache”.

Unfortunately, the Charlie phenomenon can happen to any breed of rabbits. A research paper regarding the relationship between Charlie rabbits and Megacolon has been written – Pathophysiological and functional aspects of the megacolon-syndrome of homozygous spotted rabbits, by Bödeker et al.

As we know anything that is caused by genetics cannot be cured. I am not a medical expert but I believe that if the rabbit has difficulties absorbing certain nutrients that it needs, perhaps feeding food that assists in absorption may be able to help.

Our initial experiment on a rabbit with Megacolon by feeding it Genesis Ultra Premium rabbit food has yield a positive result. We are getting less irregular sizes poop which is an indication that there has been better food absorption.

Here are some photos of poop indicating that a rabbit is suffering from Megacolon: 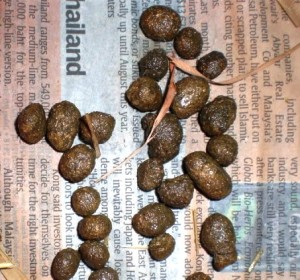 Poop in irregular sizes is one of the symptoms of Megacolon 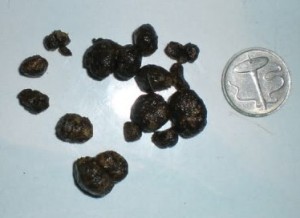 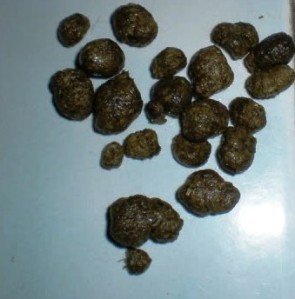 Charlie marked rabbits can be very cute because they do look like little panda bears when they are young. That is the reason why many people have developed a liking for them not knowing that they are potential time bombs.

This is an example of Charlie marked rabbit: 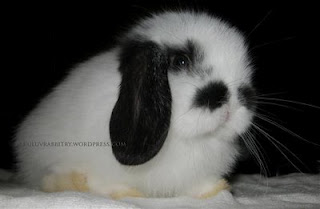