A very dear friend of mine from high school who is residing in Melbourne, Australia just told me that his doe Oreo just kindled 5 kits. 1 was a stillborn. That is really good for a 1st time mommy! And to top it off, she actually built a very nice nest.

Jack and his girlfriend Jordan did great by providing both his rabbits with a very nice environment. Just take a look at the posh hutches these spoiled buhnies are living in (don’t forget to imagine the love shack the humans live in too).

Bugsy (the buck) was actually a lost buhny taken in by Jack. Oreo was later bought to be Bugsy’s companion. Oreo reminds me of Charlyz a lot! The first time I saw photos of her, I was shocked and thought Charlyz went down under! 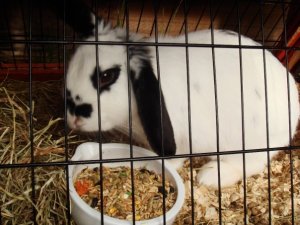 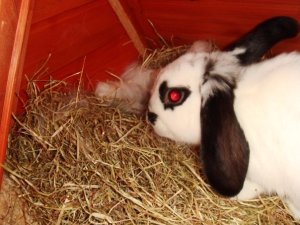 Don’t you think these hutches look so damn good!?